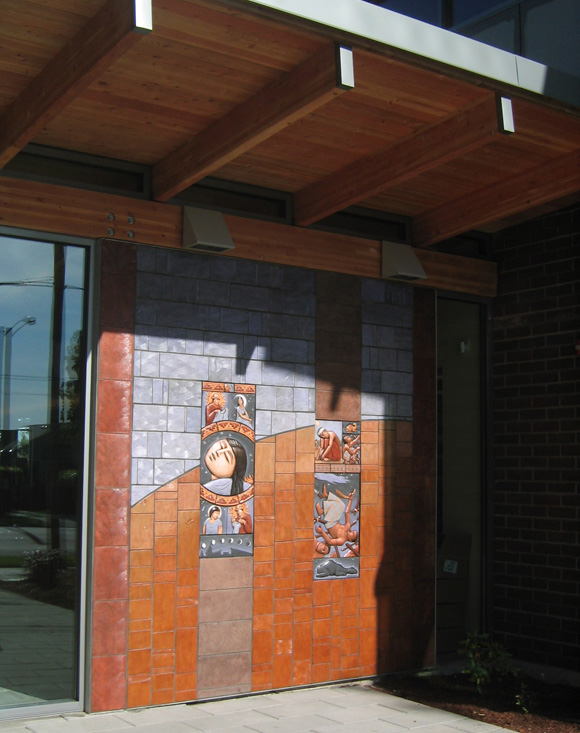 We all look up at the same sky. While most of us today see the Big Dipper when we look to the north at that distinctive cluster of stars, other cultures have seen a plow, a drinking gourd or a group of hunters chasing elk. These legends surrounding the stars, moon and sun became the inspiration for this series of sculptures. Like the sun, moon and stars, the library provides illumination and inspiration for all.

This is the story of two lovers:  the weaver maiden and the buffalo boy (the stars Altair and Vega). Due to their inattentiveness to their assigned duties the celestial emperor commands that they be separated from each other by the Silver River (the Milky Way).  Throughout the year they grieve, but they are allowed to be together for one week each year starting on the seventh day of the seventh month, which is when the two stars are closest to each other in he night sky.  On that night a flock of magpies forms a bridge over the Milky Way. 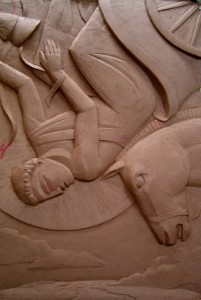 “Phaeton and the Sun” (Ancient Greece)

This is the legend of Phaeton, the son of Apollo, who is granted his one wish: to drive the chariot of the sun across the sky in place of his father. However, he is too inexperienced due to his youth. His horses stampede and his chariot and the sun swoop too high, causing the Earth to freeze, then too low, causing the land to burn. Eventually, Zeus is forced to strike Phaeton down to save the Earth. It is said that after Phaeton died, his grieving sisters were turned into poplar trees and their tears were turned into amber. 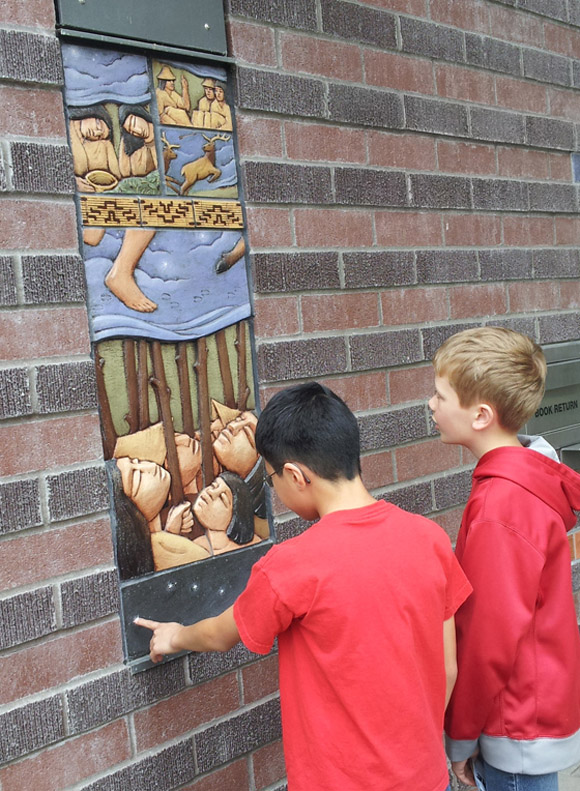 This star legend tells of how people long ago decided to get together and push the sky up higher because it was too low and was always getting in the way. But three hunters who were out hunting elk didn’t hear about the plan. When the fleeing elk jumped up into the sky, the hunters followed them and they were all raised up with the sky. The hunters and elk were turned into stars resulting in the constellations that we call the Big Dipper. 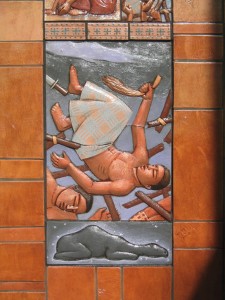 This star legend refers to a dark area in the southern night skies that has the shape of a camel without a tail. It is said that long ago this camel lived in a different part of the sky, but once, after a long drought, the people below tried to catch him. They built a tower to the sky and climbed it, but when the man at the top grabbed the camel’s tail, the camel fled, his tail came off and everyone fell to the ground. 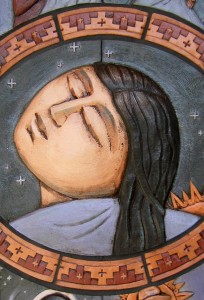 “Why the Moon is Free” (Mexico)

This is the story of how the Moon outsmarted the amorous advances of the Sun by making him promise to make her a gown that would fit her perfectly. As she waxed and waned, he could never get it quite right. 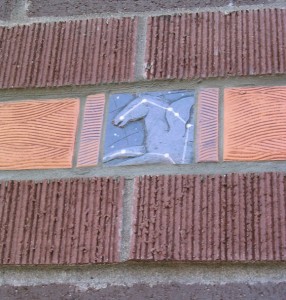 Also set into the exterior brick of the High Point Branch are horizontal bands of terra cotta tile and smaller sky legend sculptures. The inspirations for these include: a Chinese petroglyph depicting a comet; a Bronze Age “map” of the stars; the “drinking gourd” constellation that escaped slaves used to guide them to the north; the story of Raven stealing the sun; and the Nordic legend of the wolf, Hati and its attempt to devour the moon. There are also various traditional depictions of constellations.