Where Will You Go

This cast glass mural is installed in Pasco High School’s new student mall along a bank of east facing windows.  The glass castings are illuminated by the natural light, providing a visual focal point to the building and projecting color and shadow into the interior. 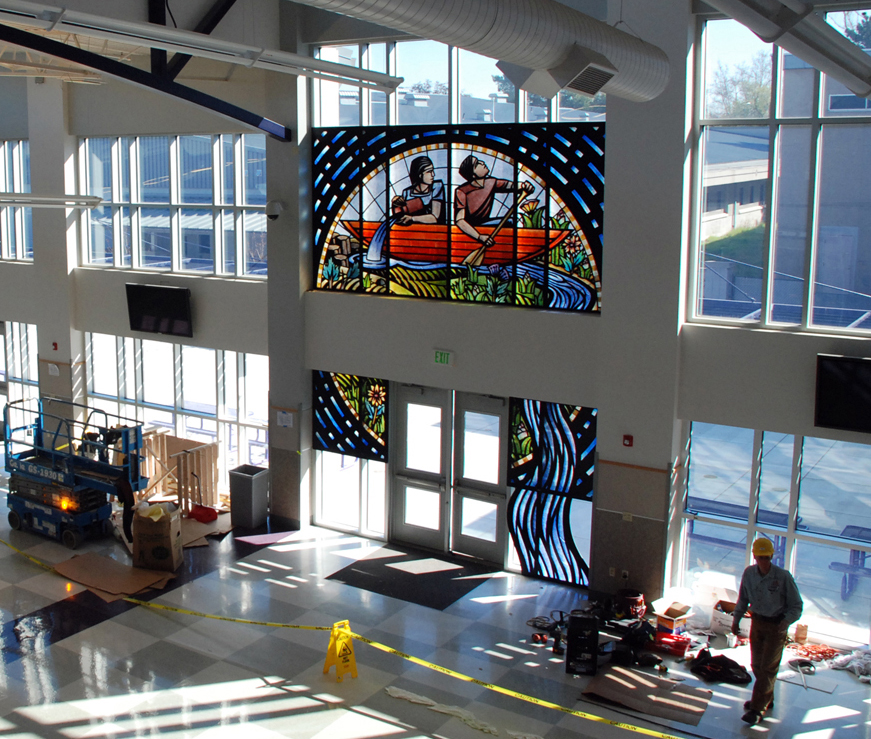 The imagery in the mural refers to the symbolic journey made by students. As two figures travel in a boat down a river one pours out the water that becomes their path while the other gazes upward at the stars to navigate. Overhead and around them a metal sky 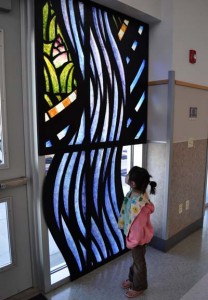 is filled with a galaxy of blue glass castings that are set within the framework. These castings form an image reminiscent of the stars in the turning night sky, as well as the dashed lines of text on a page. 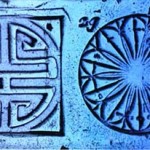 thin these castings are incised images of learning: formulas, drawings, and text, some of which were chosen by students and faculty of Pasco High School.

Rivers are at the core of the city of Pasco’s identity and existence, and they have long been a source of life, food, and transportation. In this design the river becomes a symbolic path that eventually breaks out of the frame of the circle.

This mural was create 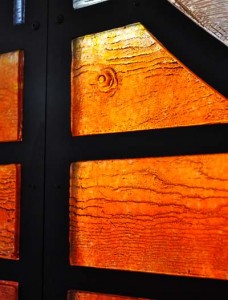 d by using a newly-developed technique that combines kiln-cast glass with a metal frame.  The surrounding framework was first drawn out on paper and then programmed into a CAD laser cutting machine.  The design was then cut from sheets of aluminum which became the visual black lines for the mural as well as the structural framework for the glass inserts.  The cast glass elements were created by sculpting clay models that were used to form high temperature molds. Casting glass was then melted into the molds at a temperature of 1550 degrees F.  The castings were colored using crushed glass frits that were also melted into the glass.  This mural contains over 600 individual glass castings (whew!)