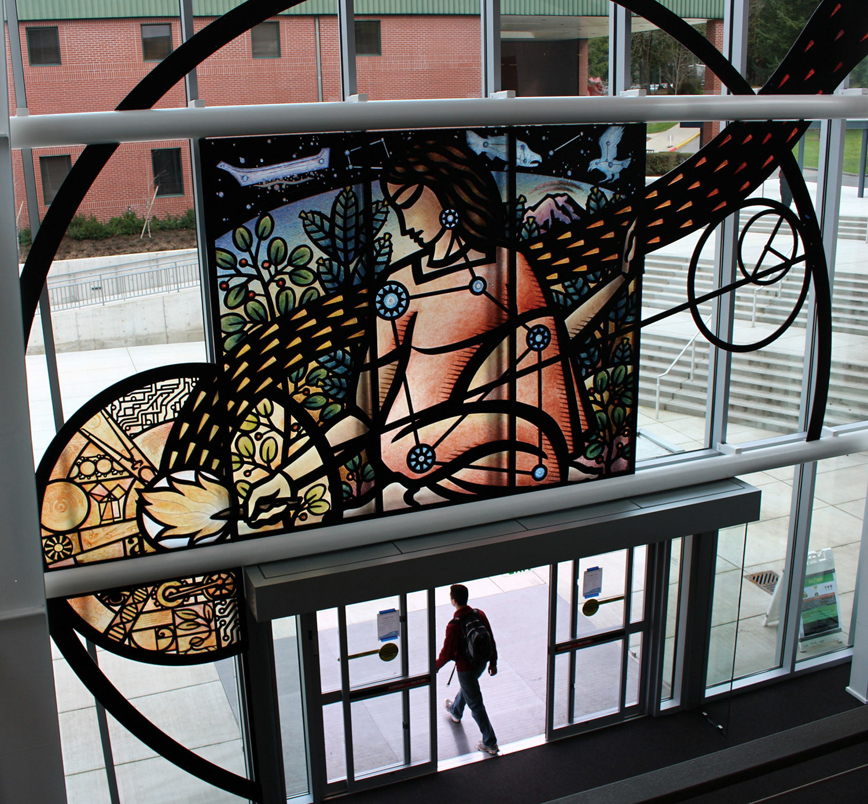 This mural of cast glass and laser cut aluminum depicts a Puget Sound version of the Prometheus myth.  In Greek mythology Prometheus was the hero who defied the gods to give fire to humanity, which enabled progress and civilization.  There are many other legends from around the world which depict a similar tale in which a hero assists humankind by delivering fire (which results in learning, wisdom and progress). 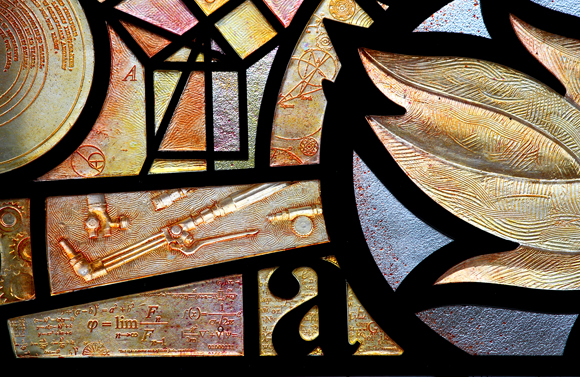 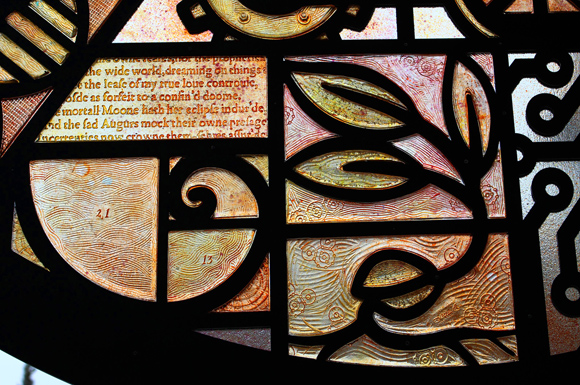 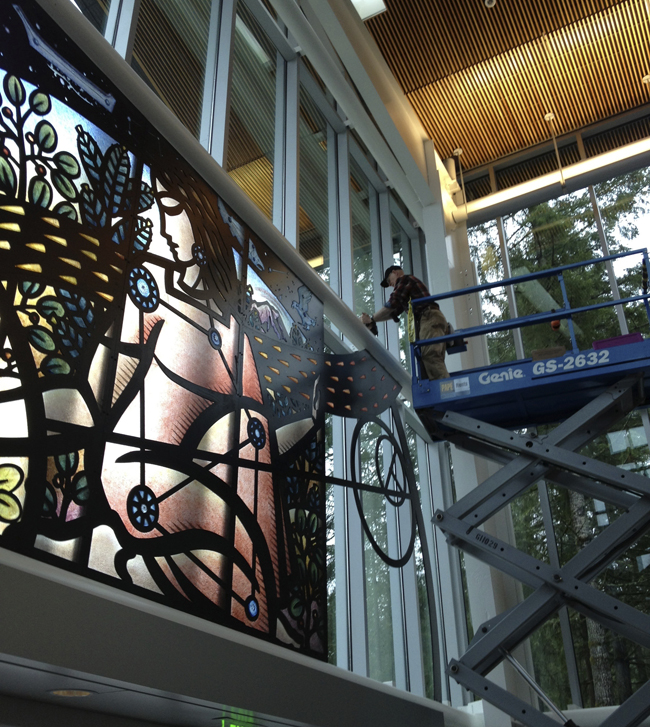 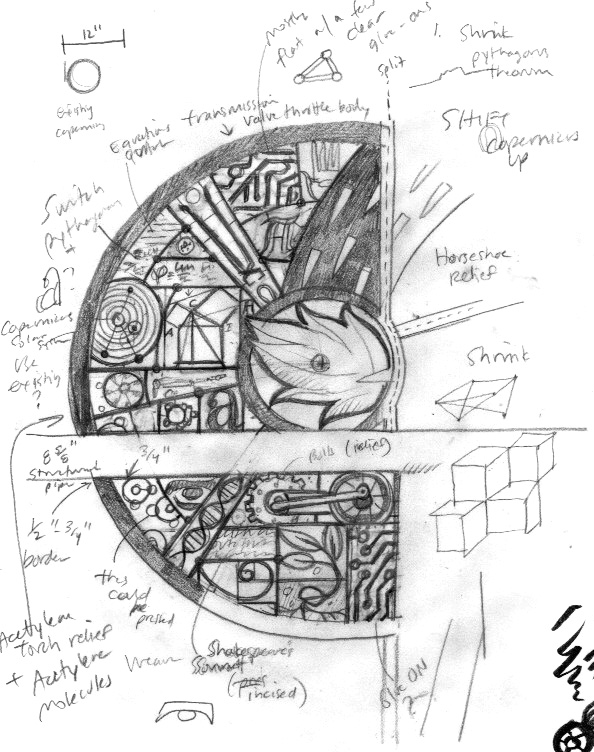 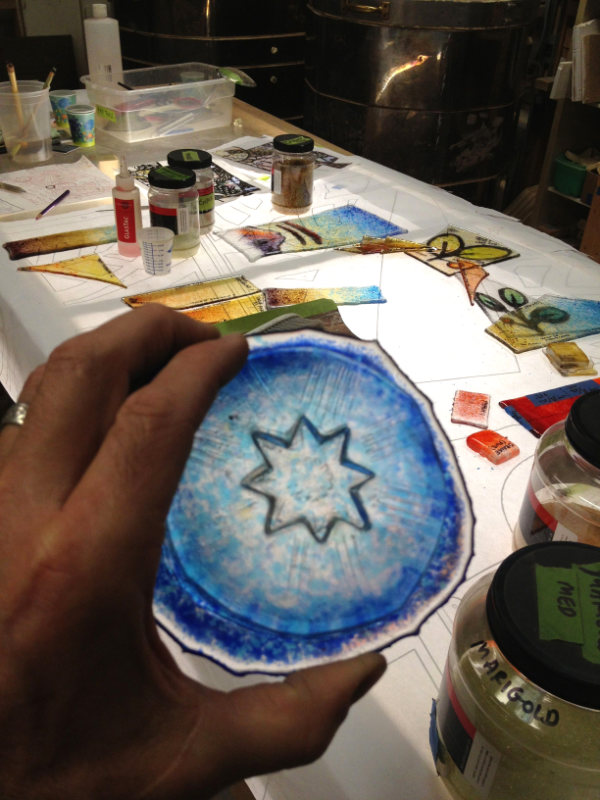 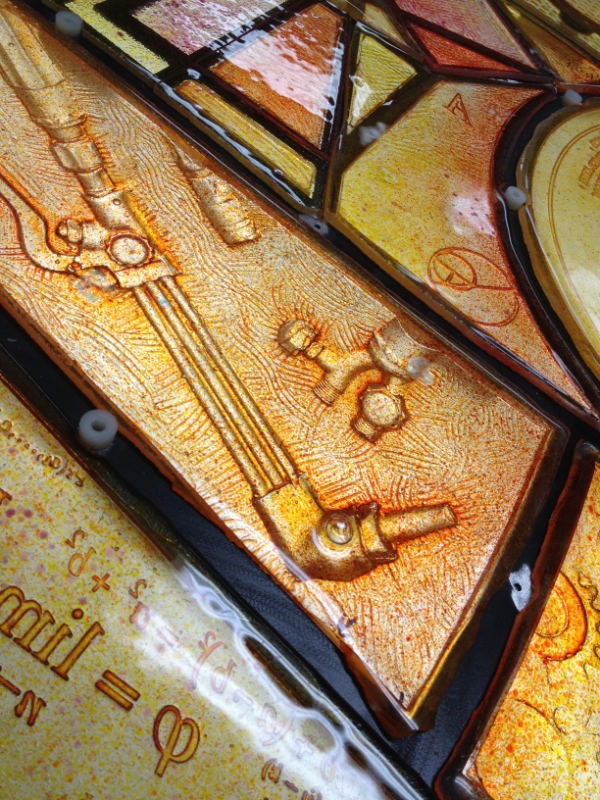